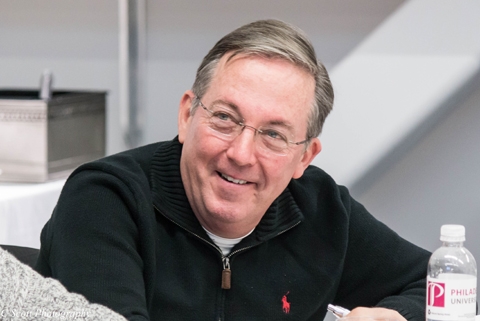 Alfred (Al) Bradley, a native of Philadelphia, professed vows as a Redemptorist and was ordained in 1988.

Between 1988 and 2002, he was Associate Pastor/Pastor/Formation Director/Vicar General in the Diocese of St. Thomas in the US Virgin Islands. His responsibilities included the day-to-day pastoral care of a large church congregation and parish school; director of religious education for lay volunteers to serve as religious instructors to more than two hundred children in the parish religious education program; and Diocesan Director of The Society for the Propagation of the Faith, an international association coordinating assistance for Catholic missionary priests, brothers, and nuns in mission areas.

Between 2002 and 2011 for the Redemptorist Fathers of New York, he was Vicar Provincial and a Member of the Provincial Council, an elected member of the governing board. In this role he was involved in administration for the Province in Philadelphia, Baltimore, Boston, New York, and the Caribbean as well as responsible for hiring personnel to serve as facility managers, health-care advisors, insurance brokers, and investment experts. He also oversaw and managed a $3 million annual capital budget and all major renovation projects.

He is currently Pastor/Rector/Shrine Director for St. Peter the Apostle Parish/National Shrine of St. John Neumann in Philadelphia. He functions as CEO, responsible for supervising and managing the overall daily pastoral, financial, and personnel components of a large, multi-ethnic, inner-city, parish, grammar school, National Shrine, and Redemptorist community. He was part of the collaboration team that planned for the 2015 World Meeting of Families.

Al earned a BA in Philosophy, from St. Alphonsus College, in Suffield, Connecticut; MDiv from the Washington Theological Union, Washington, DC; and MS in Organizational Leadership/Professional Administration from Duquesne University, in Pittsburg, Pennsylvania.