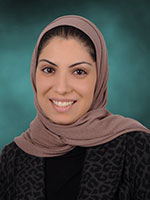 Amna Alalawi is a Digital Marketing & Communications Professional from the Kingdom of Bahrain in the Persian Gulf working as a Communications Advisor, Editor and Translator for several organizations in the MENA region. Prior to her full-time doctoral studies Amna worked for PineBridge Investments' Middle East office, a global asset manager, headquartered in New York, and as an Independent Consultant to Oman Oil Company, based in Muscat, Oman, where she advised on a national communications strategy for an international scholarship program under Oman Oil's CSR initiatives. Between 2010-2011, she worked as Senior Consultant for Bell Pottinger, a leading British multinational PR agency, where she managed the PR accounts of Bahrain's Sovereign Wealth Fund, Information Affairs Authority, and Chamber of Dispute Resolution.

Amna began her career at the Bahrain Economic Development Board (EDB) and was part of the team responsible for launching Bahrain's Economic Vision 2030. Her responsibilities included campaign research and development, press office, and building commitment amongst senior government officials. Amna was also part of the audit team of the government communications function across ministries and authorities responsible for designing a capacity-building program.