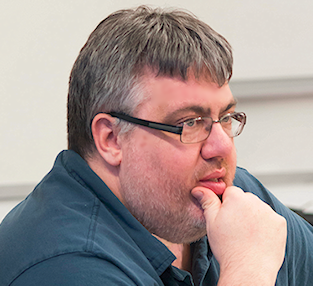 In 1998, Derek Hunsberger won the Democratic Primary for U.S. House of Representatives (NJ District 2), later losing to incumbent Congressman Frank LoBiondo in the general election. While he remains politically engaged, his professional life has been primarily focused on higher education.

Derek was recruited by the University of Pennsylvania in 2002 to lead a newly created student program for Residential Services. He subsequently was promoted to the university’s Business Services Division as the Sr. Associate Director for Building Operations a position to which he was named after twice winning (2014 and 2015) Penn’s highest staff award, Models of Excellence.  He was also honored with Penn’s highest supervisor award as one of two Model Supervisor finalists in 2015.

Prior to Penn, Derek had spent ten years in Rowan University's Department of Public Safety where he helped to transform the department in many ways. As the department’s Assistant Chief, he played a major role in striving for and achieving the department’s first IACLEA accreditation and developing Crime Prevention and Police Sections.

Derek holds a BA in Communications from Rowan University and an MS in Organizational Dynamics from the University of Pennsylvania.

He notes that among his most personally fulfilling moments was as an adult athlete, playing ball hockey at the sport's highest levels. His teams played both locally and in tournaments all over North America until he retired from the sport in 2006. His experiences and lessons learned as player-coach and team captain are motivators for his academic work and research in leadership.