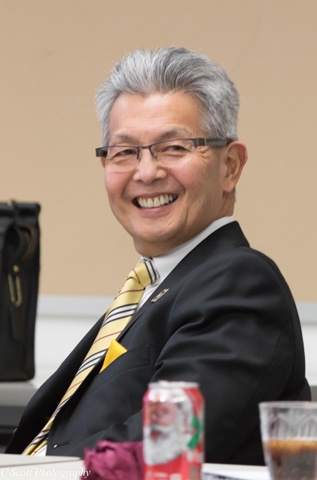 Michael Asada formed InVenture Associates, LLC upon the conclusion of 34 years of government service as an Army officer and Department of the Army civilian effective August 2010. InVenture Associates is an executive management consulting service that specializes in facilitating business opportunities.

After serving 28 years as an Armor and Acquisition officer in the U.S. Army, Mr. Asada became a faculty member for the Defense Acquisition University (DAU). He served as a Professor for Program Management assigned to the DAU Midwest Campus (located in Kettering, OH) and was responsible for teaching the program management course for level III certification for Department of Defense Acquisition, Technology, & Logistics workforce personnel. In addition, Mr. Asada was the site lead for the DAU satellite office located in Warren, MI.

Mr. Asada served as an Associate Professor at the U.S. Military Academy as the Course Director for Thermofluid Dynamics and later as the Executive Officer to the Head of the Mechanical Engineering Department.

Mr. Asada is a member of the Army Acquisition Corps and is level III certified in 3 career fields: Program Management, Test & Evaluation, and Systems Planning, Research, Development, and Engineering. He is proficient in the application of Lean/Six Sigma Quality processes, tools, techniques and is a certified Lean/Six Sigma Green Belt. Mr. Asada is also serving as President of the Arsenal of Democracy Chapter for the Association of the United States Army.

Mr. Asada was commissioned in 1976 as an Armor Officer upon graduation from the U.S. Military Academy. In 1984, he earned a Master of Science Degree in Mechanical Engineering from the U.S. Naval Postgraduate School. His military education includes the Armor Officer Basic Course, Armor Officer Advanced Course, Command & General Staff College, Defense Systems Management College, and the Defense Institute of Security Assistance Management Course.

Mr. Asada is married to his wife, Kim. He has a son, Matthew, who received his undergraduate degree from the University of Pennsylvania in International Business and a Masters degree from the London School of Economics. He is a Foreign Service Officer at the Department of State currently serving in New Delhi. Mr. Asada also has a daughter, Michelle, who received her undergraduate degree from Brown University in Architectural Studies and has her Masters degree from Columbia University in Architecture. She currently is employed in an architectural firm in San Francisco.