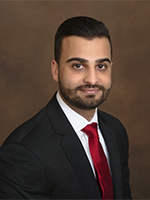 Sagar is an entrepreneurial leader with a proven track record of driving business expansion via the development and execution of new operational and technical processes as well as strategic initiatives. He is a Management Consultant for Grant Thornton, the world's sixth largest professional services network where he provides program and project management support to Life Science companies. He is currently working as a Program Manager for Global Clinical Operations organization in Johnson & Johnson. He previously worked for Comcast NBC Universal as a Project Manager, where he handled multiple global scale projects and products for the Digital Media and Broadcast Operations organization.

His career path began as a Process Engineer at Roche Molecular Systems where he focused on process development initiatives to improve productivity on the production lines. Sagar then became a Project Manager at L'Oréal, where he led process improvement and waste reduction efforts by leveraging Lean methodologies. After L'Oréal, he worked for Comcast NBC Universal as a Project Manager, where he spearheaded multiple global scale projects and products for the Digital Media and Broadcast Operations organization. Throughout these large-scale technology initiatives, Sagar pioneered the effort to strategically implement AI and Cloud solutions to accelerate go-to-market business strategy.

Sagar earned an A.S. in Engineering & Business Administrations from Ocean County College, B.S. in Industrial Engineering, M.S. in Engineering Management from New Jersey Institute of Technology and he is currently a Doctoral Student in Strategic Leadership at Thomas Jefferson University.