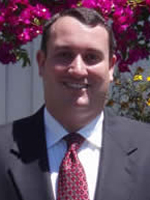 Through his undergraduate experiences, Travis Douglas learned he had a passion for working with college students. He experienced and appreciated the meaningful impact that student affairs staff can have to support student success and on the delivery of co-curricular programs that promote understanding of diversity and social justice issues.

Previously holding positions in housing and residential education at the University of California, Santa Barbara and Santa Cruz, he is now Assistant Vice President for Residential Learning and Inclusion Programs at Rowan University where he supervises two administrative departments. As the university's Chief Housing Officer for the auxiliary housing portfolio he has been responsible for opening more than 2,500 new construction housing over the last 8 years through public-private partnerships. He also oversees the Office of Social Justice, Inclusion and Conflict Resolution, which he helped to create. The Social Justice office houses the campus Multicultural, Women's, LGBTQ+, and Spiritual Exploration Centers, as well as mentoring programs.

Travis earned a B.A. in Political Science from Sonoma State University and M.Ed. in College Student Affairs Administration from University of Georgia. He was inducted into the National Residence Hall Honorary, the premiere honorary supported by the leading international organizations advocating for the interests and welfare of residence hall students, in the Laura Gale Chapter at Sonoma State University, and was made an honorary member of the Holly Bush chapter at Rowan University. He is also a Doctor of Management student in the Strategic Leadership program at Philadelphia University.