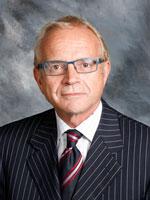 Between 1972 and 1990, I held various positions with Texaco Inc. based in the UK and Canada, culminating in a corporate planning position at Texaco's head office in White Plains New York. In 1990, as Team Lead for sourcing "Planning Best Practices," I engaged Russ Ackoff for Exxon's Canadian subsidiary, Imperial Oil, and formed relationships with Systems Thinking leaders in Canada and the U.S., including Stafford Beer the father of Cybernetics. In 1992 I started Innovation Management, a Canadian consulting firm specializing in the energy sector, focusing on systems thinking and practice to better understand and solve complex organizational challenges.

From 1996 through 2004 I worked in the Financial Services sector as VP and Energy Analyst with Deutsche Bank and Octagon (a boutique, full service, Canadian brokerage firm). I was voted top North American analyst two years running in 2003 and 2004. In 2004, I founded Clarke Energy Consulting Inc. (CECI), which has gained a reputation for helping to create public and private companies, and as an advisor for business development with a focus on raising capital, and leading M&A and Joint Venture initiatives for international energy companies. I sit on the board of a number of public and private energy and natural resource companies.

I earned undergraduate degrees in Physics and English from the University of Birmingham in the UK and the University of Calgary in Canada, and an MSc in Management Science and Operations Research from Imperial College, London.