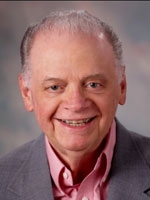 Member, Board of Directors

My experience has been in the corporate and government sectors. I am the Founder and Chairman of Market Insight Corporation which created MyProductAdvisor.com —a consumer-facing web site designed to provide shoppers with unbiased customized product recommendations. I retired in 2003 as the general manager of corporate strategy and knowledge development at the General Motors Corporation where I played an instrumental role in the development of OnStar a now global automotive communication and safety system. Previously, I served as the manager of market research for the Xerox Corporation and director of market intelligence for Eastman Kodak. I was the co-founder of Decision Making Information and from 1969 to 1973 provided electoral information to political campaigns from City Hall to the Presidency.

I am also a current member of the California Citizens Redistricting Commission and have twice served as director of the U.S. Bureau of the Census—the only person appointed to that position by U.S. Presidents of different political parties - Presidents Nixon, Ford and Carter to be Census Bureau Director; and Reagan and GHW Bush to be the U.S. Representative to the Population Commission of the United Nations.

In addition to earning an MBA, I have been fortunate to be recognized by receiving an Honorary Doctorate of Laws degree from the California State University. Additional awards include being inducted into the Market Research Hall of Fame; American Marketing Association's Parlin Award for leadership in the application of science to the discipline of marketing research; MIT/GM Henry Grady Weaver Award for individuals who have contributed the most to the advancement of theory and practice in marketing science; System Dynamics Society's Applications Award for the best “Real World” application of system dynamics; and Certificate of Distinguished Service for Contribution to the Federal Statistical System from the Office of Management and Budget.

I have authored The Decision Loom (2011 Triarchy Press), Surviving Transformation (2004 Oxford University Press) and Meeting of the Minds (1995 Harvard Business School Press) and co-authored Business Strategies for a Messy World (2014 Palgrave Macmillan), Hearing the Voice of the Market (1991 HBS Press) and The 1980 Census: Policy Making Amid Turbulence (1983 Lexington Books).